Soldiers salute a casket containing the body of Cpl. Nemesis Salvejo, a member of the Army Special Forces who was killed in a firefight with Abu Sayyaf militants, at the Edwin Andrews Air Base in Zamboanga, southern Philippines.

Four Abu Sayyaf militants were killed in a gunbattle with Philippines Special Forces earlier this week, the military announced Friday as it gave a soldier who died in the clash on southern Jolo Island a hero’s send-off.

The military received confirmation Friday that two of the suspected militants were killed on the spot while two others died of injuries sustained during Thursday’s shootout in the jungles of Igasan in Patikul, Sulu province, officials said.

“This information was validated by our intelligence on the ground confirming that at least four Abu Sayyaf were killed and five others were wounded,” said Brig. Gen. Divino Rey Pabayo, commander of the 11th Army Division and head of Joint Task Force Sulu.

The firefight occurred when a huge group of Abu Sayyaf gunmen ambushed the Special Action Forces soldiers as the government troops tried to navigate a sloping terrain in in the jungle, officials said.

Pabayo said the casualties inflicted by the Abu Sayyaf militants prompted them to retreat while a military helicopter gunship fired at their withdrawal route.

The lone fatality on the military side was identified as Cpl. Nemesis Salvejo, whose flag-draped coffin was airlifted to Manila on Friday from a Philippine air base in southern Zamboanga city, officials said.

According to Paboyo, intelligence, which was gathered as soldiers pursued the retreating militants, revealed that the Abu Sayyaf unit involved in Thursday’s clash was led by Monde Sawadajaan. He is the nephew of overall Abu Sayyaf group leader Hatib Hajan Sawadjaan, who is said to have pledged allegiance with the Islamic State (IS) extremist group, officials said.

Philippine authorities have blamed Hatib Hajan Sawadjaan for planning and executing a twin-bomb attack that killed 23 people and injured more than 100 others at a church in Jolo town on Jan. 27.

The attack, claimed by IS, provoked a retaliatory military response in Jolo, where about 10,000 troops had already been deployed on orders to crush the militants. On Feb. 2, heavy clashes left five troops dead and 18 others wounded, officials said.

“The pursuit operation continued and has been ongoing against the Abu Sayyaf group on the ground,” Pabayo said.

US calls for expanded anti-IS coalition

Sulu province lies in the Sulu Sea, which was cited as a hotbed of IS activity by Acting American defense chief Patrick M. Shanahan during remarks in Germany on Friday.

The province consists of a chain of islands that separate the southern Philippines from Sabah state, in eastern Malaysia – a known transit route for militants traveling to and from Mindanao Island.

After meeting in Munich with counterparts from a 79-nation anti-IS global coalition, Shanahan assured members about the U.S. commitment to fighting Islamic State worldwide, even though Washington planned to pull American forces out of Syria.

"While the time for U.S. troops on the ground in northeast Syria winds down, the United States remains committed to our coalition's cause: the permanent defeat of ISIS, both in the Middle East and beyond," he said, according to videotaped remarks released by the Pentagon.

He said he envisioned “an even bigger and stronger coalition going forward, one that has evolved to meet the global threat posed by ISIS’ offshoots and its murderous ideology; a coalition that is utilizing the most effective collective capabilities to thwart ISIS’ malign influences and activities in place like Afghanistan, the Philippines, the Sahel, and the Sulu Sea and beyond,” Shanahan said, using another acronym for IS.

The Philippines and Malaysia both are members of the coalition. 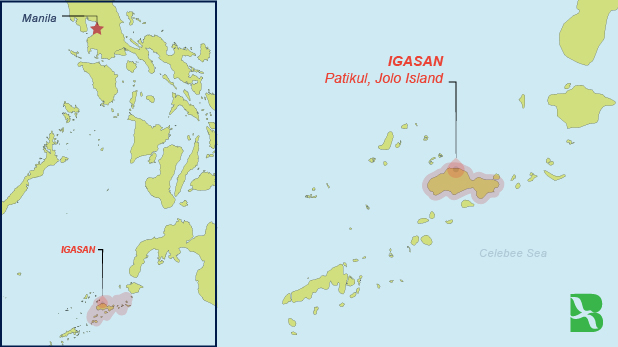